It Started with a Dream 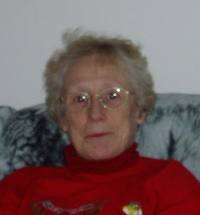 It all started with Roberta Macko’s dream. She had a dream that people with memory loss should have a place where they would be safe and could interact with others their own age. A place that would enhance the quality of their lives, where they would be treated with respect and allow them to maintain their dignity.

A place for friends to hang their hats; where they can relax and be themselves.

The Ellsworth Respite Center began as an outcome of an Alzheimer’s Support Group. Attendees said the most useful thing for them would be to have sometime to themselves. So they began taking turns watching each other’s family members. This evolved into a twice a week respite program with paid staff. In 2001 Ida Page took over the Center and formed Robert and Mary’s Place where the emphasis is on the individual themselves, not only respite Roberta Macko was there at the beginning and has been responsible for seeing that this resource continues.